Have you ever heard of a medical condition called oligozoospermia? No! It’s nothing but the low sperm count several men face.

Sperm count or health is a less bothered health condition compared to other diseases. But, it is one of the essential things to consider while thinking of having a baby.

Sperm count is linked to male fertility, which could be a primary reason to make your lady pregnant.

With a better sperm count, you may increase the chances of your sperm fusing into the egg. But, here, a low sperm count could play a spoilsport.

Currently, you might be curious to know all the science behind low sperm count. This article will answer all the questions you are stitching in your head.

What Is Low Sperm Count?

Oligozoospermia or low sperm count is a condition in which a men’s semen contains less than 15 million sperm per milliliter.

The sperm content is calculated by performing a semen analysis test. During semen analysis, the pathologist would take a drop of semen on a glass slide and count the number of sperm moving.

The semen analysis also checks other facts related to sperms like shape, motility, etc. The condition is quite common among men, as one of every three men may have a low sperm count.

The condition may not severely affect an individual’s health, but it may play a negative role when expecting pregnancy. But, in some cases, men with low sperm count may have a child. 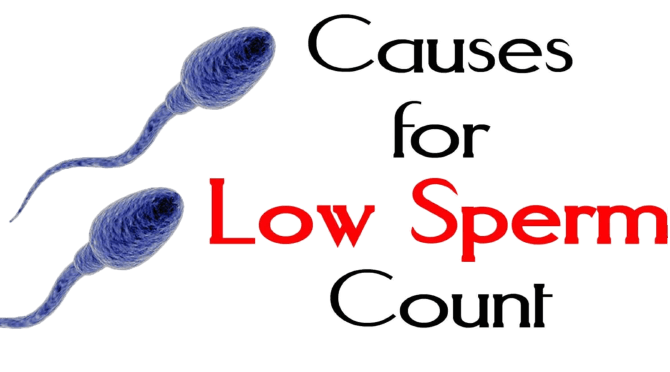 You may be able to detect[1] oligozoospermia by observing the following changes in your body and lifestyle.

How To Check Low Sperm Count At Home?

Hence, if you get negative results, consult any specialist for further fertility evaluation and treatment.

Low testosterone levels may not mean low sperm count, as sperm production may not be stimulated by testosterone alone.

Moreover, the testes’ amount of testosterone required for sperm production might always be present.

Therefore, it may not be possible to say that low testosterone is the same as low sperm count.

You might not always get enough signs of low sperm count, but periodic semen analysis tests may help you detect the issue.

If you find the problems, immediately undergo a preferable treatment to get your sperm count normal.